As part of the European Lead Factory (ELF) working in collaboration with European researchers including Professor Chris Schofield and Dr Jürgen Brem of the University of Oxford, BioAscent scientists have helped discover a novel class of metallo-β-lactamase inhibitors, enzymes which compromise the activity of a key class of antibiotics, the carbopenems.  These inhibitors, based around the indole-2-carboxylate motif, were subsequently developed to compounds which restore carbapenem activity against multiple drug-resistant Gram-negative bacteria and have a low frequency of resistance. They also have a good safety profile and, when combined with meropenem, show strong in vivo efficacy in mouse infection models.1

The quality of a lead compound sets the success trajectory for small-molecule drug discovery programmes i.e. a programme based upon a high-quality lead series will most likely progress to a clinical candidate more rapidly and result in a clinical programme that is less likely to fail for compound-related reasons.2 The quality of a lead series can be viewed both in terms of the quality of the chemical matter – “lead-likeness” and “optimisability” - and in the assessment of the biological activity demonstrated in robust and reproducible assays, biochemical characterisation and proof of target engagement. This observation is elegantly illustrated in this work recently published in Nature Chemistry.

A high-throughput screen of the 350,000 compound collection assembled for the ELF against New Delhi Metallolactamase-1 and subsequent triage of initial hits using multiple biochemical and biophysical assays led to the discovery of indole-2-carboxylates as the basis of a hit series. Detailed biochemical and biophysical (SPR) mechanism of action studies performed with exemplars of the series concluded that the binding was reversible, non-covalent and competitive which lended further support to this choice. Initial assessment of the optimisability of the series was greatly assisted by our chemists identifying concise and efficient routes to a selection of analogs. This, coupled with the close integration of our chemistry and biology teams, enabled the rapid discovery of initial structure-activity relationships with activities varying over several orders of magnitude to sub-nanomolar levels. The work was supported by the rapid availability of co-crystal structures from the Oxford group of the inhibitors bound to the target, providing a source of ideas for chemical modification as well as further proof of target engagement. Locations suitable for modification of the physicochemical properties of the molecule were also identified, which proved to be important as the molecules were developed further.

These studies created a great platform for further advances. Subsequent collaborative efforts led by the Oxford group resulted in the development of molecules with enhanced overall profiles e.g. selectivity, plasma protein binding and metabolic stability and ultimately in vivo efficacy when combined with the antibiotic meropenem, along with a good safety profile. It can be seen from this how the quality of the lead series and its optimisation in a collaborative effort between the chemistry and biology teams is key to the overall success of a drug discovery project. 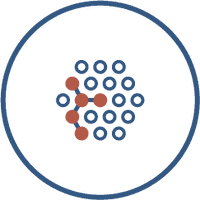 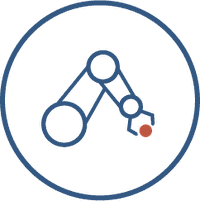 Connecting and accelerating your drug discovery 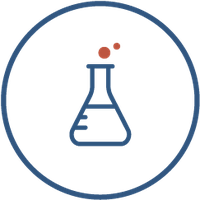 Proven expertise in design and synthesis 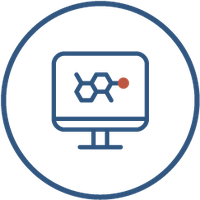 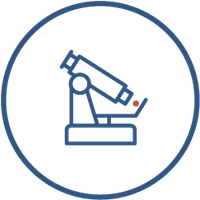 Let's talk about how we can maximise your drug discovery success.